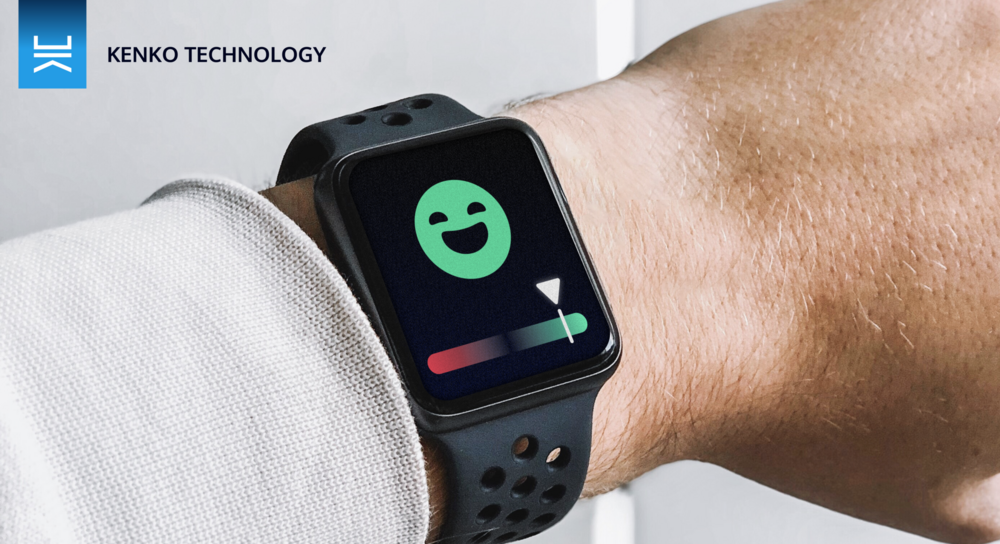 Affective computing (can also be referred to as Emotion AI) is the field of study and development of systems that can recognize human affects (emotions). It is an interdisciplinary field spanning through computer science, psychology, and cognitive science.

In our daily life, we are used to naming the emotions we feel (e.g. anger, happiness, fear, sadness, disgust, and surprise). When trying to measure and model those emotions, the theory is far more complex. In the beginning, there were two major opposite theories that aimed to measure emotions. In 1956, Nowlis et al conducted a study and analyzed self-reported affective states. Following this analysis, they concluded that there are between six to twelve independent monopolar factors of affect, such as degree of sadness, anxiety, anger, elation, and tension.

Russel took Schlosberg’s theory one step forward and conducted a study to map the different affect states that we are familiar with into a 2D plane.​ This exact map (refer to fig. 1) is what we know today as Russel’s Circumplex Model of Affect. The horizontal dimension is valence (originally referred to as pleasantness), while the vertical dimension is arousal. Russel’s model is now one of the most common models which researchers and businesses use for emotion analysis and measurement. 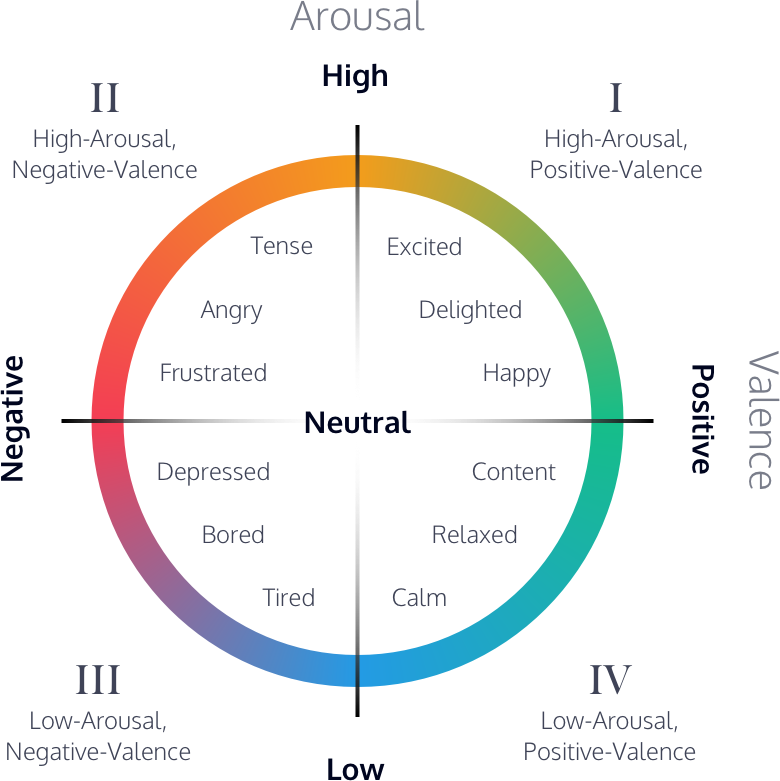 Both valence and arousal can be measured using physiological data. Recent academic literature suggests that parameter such as GSR (Galvanic Skin Response, otherwise referred to as Electrodermal Activity or skin conductivity) and HRV (heartrate variability) can be used in order to measure the levels of valence and arousal of humans. In other words, if there is a capability to continuously collect those parameters we would be able to unlock the ability to measure human emotions in accordance with the Russel Circumplex model.

Wearables that collect physiological data are widespread and its distribution is increasing by the year (124.9M units in 2018, 199.8M expected units in 2022, Statista). As wearables become more and more popular, it became feasible to collect and analyze physiological data of users through both consumer electronics and research-grade devices such as ones provided by Empatica.

However, to date wearable devices, such as smartwatches and fitness wristbands, are mostly focused on delivering value in terms of the users’ activity, fitness and health. The current value proposition given by those devices is mostly aimed at improving the state of our body. The question being asked now is whether there is another added value that can be extracted from those basic physiological signals wearables are collecting. We believe that the next big revolution would be in the ability to extract the emotional state in high accuracy and credibility. Such capability would open a whole new era of applications, solutions and services. 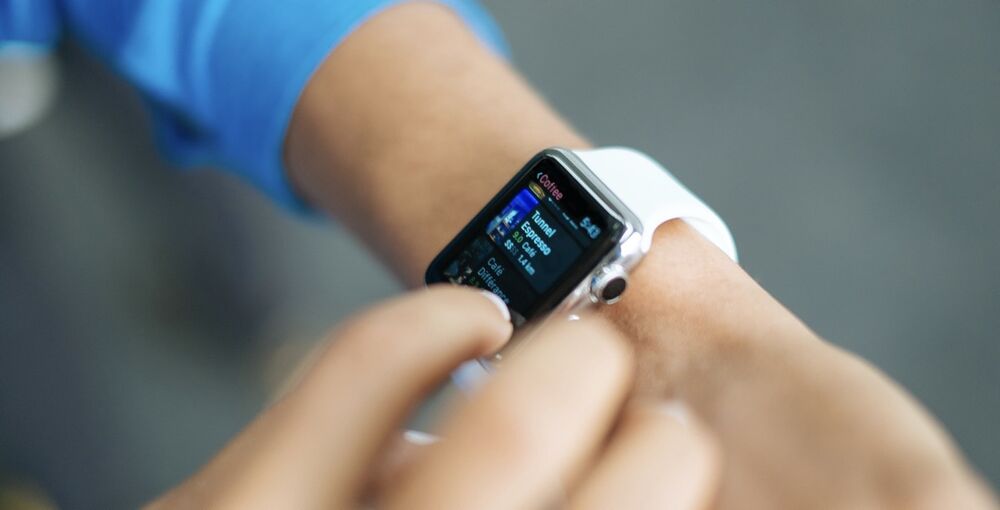 
Being emotionally aware is presumed to enable people to manage their reactions and activities better as they would be able to understand their reactions to different scenarios and manage them accordingly. Thus, resulting in better decision-making in their daily life, career, family and personal relationships. It is basically filling the gap between what we would ultimately want to do when we feel something and acting based on knowledge of when we actually feel it.

Over the past years we at The Elegant Monkeys have gathered top data science talents and world-class researchers to make emotions measurable. We are focused on building Kenko Technology: an Emotion AI engine that can use anonymous physiological data taken from wearable devices and provide the emotional state of a user.

Kenko Technology is already being used in Japan for a wide range of applications by some of the largest, top-tier corporations and institutions. With applications ranging from industrial environments, smart office, corporate health & wellness Kenko Technology is being used to provide effective tools for our users to unlock their emotion and improve their workplaces and personal lives.

We are excited to see what the future holds for the Emotion AI industry. The big players are starting to wake up and show serious interest in such technologies. Primarily, in Emotion AI which utilizes physiological data as input. Such trend is sure to bring emphatic technologies to the front stage in the near future and we look forward to it!